It’s the Fizz This Summer (And It’s Not Champagne)

Bubbles on The Rise: Why Prosecco Is Having A Major Comeback

Best Proseccos For Celebrating This Year

JUST a few years ago, had you mentioned the word prosecco to a wine snob, the response would have been predictable: a sagging of the lower lip, a vacant stare. Its reputation was hardly one to revere. Prosecco then was what you might have called a cheapo trattoria drink. Wedding bubbly. Poor man’s Champagne.

Today, you wouldn’t know it was the same drink. Prosecco, through some kind of alchemy, has magically transformed. Look around. You can barely avoid it. There it is on the menu at Craft. At Heartbeat and Métrazur, too. At the Red Cat, you can have it by the glass or mixed with crushed strawberries as a cocktail. It has even surfaced at Cooke’s Corner, the tiny bistro on the Upper West Side.

Wine stores, like Nancy’s Wines for Food, have begun carrying several brands. Just last year, Pasticcio, an Italian restaurant in Murray Hill, opened a proseccheria, or prosecco wine bar, next door, where you can choose from a menu of five proseccos.

So what was all the sneering about? The prosecco itself hasn’t changed a bit.

But when a serious restaurant puts it on its menu, it tastes different all of a sudden. Ilo devoted a section of its cocktail menu to drinks built on a foundation of prosecco. Each has a different infusion: elderflower-peach, cherry-lavender and rhubarb-ginger. As you taste them, prosecco’s fine points are elevated. It is soft and supple, allowing the delicate infusions to blossom. The bubbles are easy on the palate. The finish is dry but not harsh. Champagne would have ruined the drink.

And when you drink it on its own at places like Union Square Cafe, you no longer think of it as mediocre Champagne, but as something else entirely. Which is just how prosecco’s makeover began. In 1996, Mionetto, a prosecco maker, sold just 300 cases of its prosecco in the United States. Last year, the company sold 27,000 cases. Lara Zahaba, the director of public relations at Winebow, which imports Zardetto prosecco, said sales during the first five months of this year have increased 35 percent over the same period last year. Domenico de Bertiol, another maker, has had similar growth; Nino Franco sales have doubled in each of the last two years.

It is easy to understand why restaurants would want to sell prosecco by the glass. Prices of Champagne and California sparkling wines have stealthily climbed to levels beyond many diners’ reach. ”I think people sometimes want to start a meal with something bubbly,” said Matthew MacCartney, the wine director at Craft, ”and don’t want to spend $15 for a glass of Champagne.” A glass of prosecco is usually around $6, and rarely exceeds $9.

And yet, it would be unfair to attribute its sudden success to its affordability. In the past, many makers of sparkling wine have tried to sell their wine as a less expensive Champagne from another part of the world. ”It’s sort of like comparing Beaujolais to an expensive red Burgundy,” said John Osborne, the wine director at Astor Wines & Spirits. ”Champagne is often served to impress people, and prosecco is served for enjoyment. It’s more about casual dining, casual entertaining.”

Prosecco, which comes from a small area north of Venice, is like Champagne in that it is bubbly. But that’s where the similarities end. Its faint yellow liquid is lighter and less austere, and it has much finer, softer beads than Champagne. It is closer to a sparkle than a bubble.

Much of this has to do with the way it is made. The prosecco grape, which is grown in the hills around Valdobbiadene and Conegliano in Treviso, is a late-ripening fruit with a light body and a fairly high acidity. Originally, said Enore Ceola, the sales manager for Mionetto in the United States, it would be harvested in October and go through its first fermentation over the winter. Around Easter it would be bottled so that in the warm summer months, the wine would begin fermenting a second time and gain its fizz. It would not acquire a strong sparkle, but more of a gentle flutter of bubbles.

Today, in a more modern process called the Charmat method, that second fermentation generally takes place in steel tanks and the wine is filtered before bottling. There are also varying levels of sparkle, the strong being spumante and the weak, frizzante. Many importers have assumed Americans trained on the Champagne model would find the frizzante flat, and so it is more difficult to find here.

The best prosecco cocktails are those that use fruits, herbs and liqueurs to enhance the wine’s flavor rather than using it as filler. At the Red Cat, a few strawberries are crushed with a dash of sugar and floated with prosecco. The cherry-lavender Ilombretto at Ilo is made by reducing fresh cherries and dried lavender in a simple syrup, then stirring that syrup with prosecco and ice. The fruit in the prosecco underlines the juicy, candy flavor of the fresh cherries; its effervescence gives the drink life. Diners have been ordering them as both aperitif and digestif.

At the Tonic, Punt e Mes vermouth and sweet vermouth are shaken with ice and strained into a chilled glass, then topped with prosecco. A sliver of lemon zest is flamed over the top to play down the fruit and step up the acidity. The flavors are candid, and they trail off in your mouth in a mist of soft, foamy bubbles.

But prosecco is perhaps best unadorned, when it is crisp, lively and pleasing without making you work too hard. It doesn’t take long to get to know all of the varieties available here. There are about a handful, with Mionetto, Zardetto and Nino Franco seemingly everywhere. Most of the 9,000 or so acres of vineyards in prosecco’s official region are divided up into plots that cover just a few acres. Some growers produce their own proseccos, and many sell the grapes to the larger wineries.

Zardetto’s spumante is probably the stiffest and most serious among them. Mionetto’s Valdobbiadene spumante is a happy blend of cherries and yeast and clean citrus flavors. Nino Franco Rustico spumante is tighter and crisper, with ample fruit.

Mionetto offers a number of proseccos, including two spumantes; two frizzantes; a blend of prosecco, verdiso and bianchetta grapes called Sergio; and a prosecco from Cartizze, a subregion with what are often referred to as the wine’s grand cru vineyards. The Cartizze proseccos cost more — about $35 a bottle — but they are subtle with fine, impossibly small bubbles that gather in your mouth and give the wine a creamy sensation, much like the foam on a cappuccino.

It’s easy enough to sample prosecco — you can have a glass in a restaurant or pick up a bottle in almost any wine store. Some shops like Nancy’s Wines for Food have begun to carry smaller producers, like Bellenda’s Col di Luna, a delicious, gentle frizzante prosecco that’s $9.99.

You probably won’t find prosecco by the bottle on a restaurant wine list. When Kim Anderson, the wine director at Ilo, was a sommelier at Windows on the World, she would often recommend a bottle to diners looking for a sparkling wine. The response was always the same. ”People would look at you and go ‘Hmmm,’ ” she said. ”They wanted to have an experience, they wanted to have Champagne or a sparkling wine, so when they saw it on the list for $30 they thought it was too inexpensive.”

A pleasure in New York for so little? Why, yes.

Adapted from the Tonic

2. Top with 2 1/2 ounces prosecco. Hold a flame over the drink, and twist a strip of lemon zest to release the oil in the skin (so that it sprays into the flame). Drop twist into glass. Repeat to make four cocktails.

Adapted from the Red Cat

1. In a bowl, combine strawberries with sugar and 2 tablespoons prosecco. Using a fork, crush strawberries to a rough pulp. Taste. If strawberries are not sweet, add a touch more sugar; mixture should not be too sweet. Place in refrigerator for 2 hours.

From: The New York times 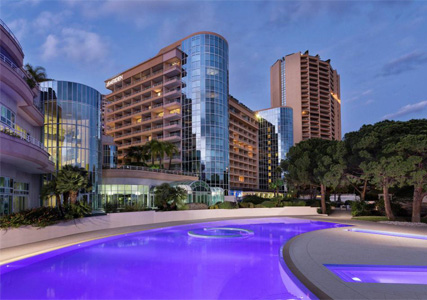 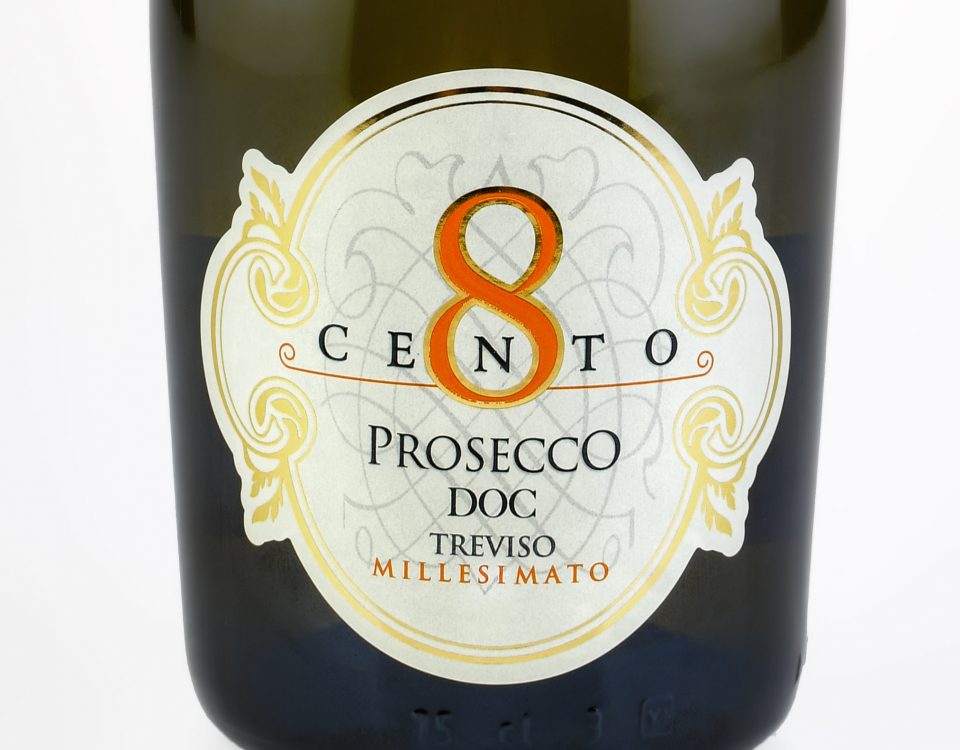 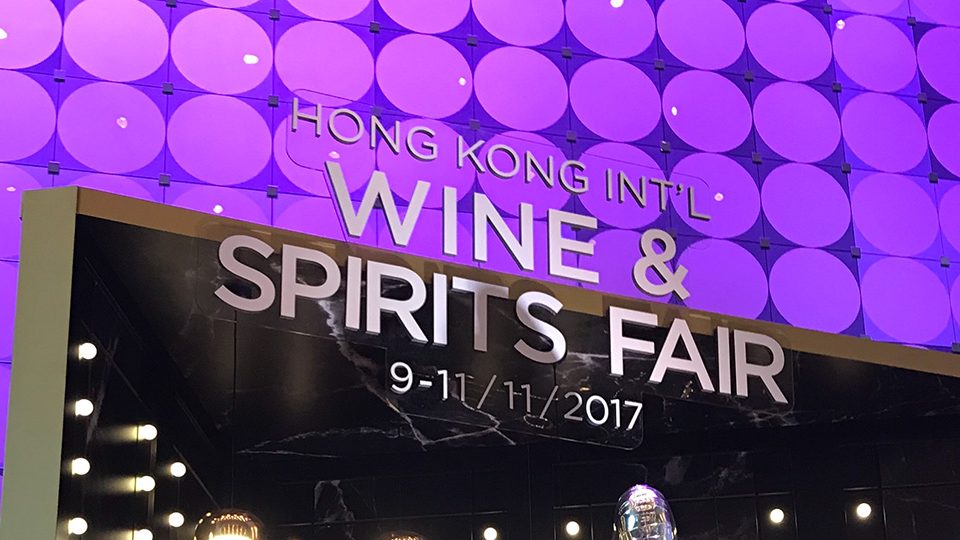